There aren’t any English or Spanish translations of this song, not that I could find posted publicly anyway, and I wonder if that’s because the song isn’t popular (I don’t know whether it is or isn’t) or because people are thinking about it too hard and think it can’t be what it sounds like.

So if you want to see if you get it yourself, don’t click on the footnotes until you’ve read the entire lyrics. miko spells it out in her blog as well.

My great wealth and reputation are absolutely useless to me, now

Not even allowed to love
I’ve watched thousands die
Eating up life,
I laugh just like the devil

If you expose the nape of your neck I’ll get your soul
How about living here with me for all eternity?

Because I love you I turned away,
Trying to fool myself but
My shriveled body trembles incessantly
Aching for your purity

Not even allowed to love
I’ve watched thousands die
Eating you up,
I laugh just like the devil

Because I love you I bare my fangs
Pushing off the downward spiral of loneliness
As you eat up life, please, somehow,
Hate me

It’s here! The song I had secretly been looking forward to.

This is the fifth day of posts explaining the meaning and creation of the songs on VIRGIN. Today, let’s talk about “Keiyaku”!

I pour equal amounts of love into all my songs, but by the time we made the demo for this song, I could hear the finished version so clearly in my mind that I came to feel deeply attached to it.

Right now you can only listen to a short preview, but there’s this mysterious rhythm that comes in after the bridge…

This rhythm is scattered throughout the song, and holds the key to this track. It was the unexpected result of various experiments to introduce reggae rhythms into rock. Once we added guitars and lyrics to that rhythm, somehow, mysteriously, this world opened up that you can’t quite call reggae or rock. Maybe we can call this, too, a new “miko world.”

The theme of the world within the lyrics is vampires, which I love. I sang from a man’s point of view about a love and loneliness deep enough to drive one insane. The stillness and composure of the first half of the song gradually give way as the love and lust that had been hidden beneath an expressionless face come gushing out…

The incomprehensible guitar solo in the second half of the song would be impossible to recreate live, because it was created by taking an ad-libbed recording, playing it backwards, playing it faster than normal, taking clips from here and there, etc. So for the live shows…well, you’ll just have to go and see!

Lately I’ve started to think that it’s okay not to be “like a guitarist”. I’ve thrown out notions about how a guitarist “should” be. When making a song, I think, how can I use my guitar to express the concept ringing in my head that is so hard to describe? Now I think that what awaits on the other end of pursuing the answer to that question is the guitar sound that is most genuinely mine. I started thinking this way thanks in part to this phrase, so this song has become one that I can listen to while looking forward to my future self.3

If the “you” in “HONEY” is the herbivore type, then the protagonist of “Keiyaku” is 100% carnivore. LOL

So then the next song, “Little Mary and the Blue Danube of Hate,” shall we say that it’s a daytime drama type?

It seems that I like portraying twisted love more than anything else. LOL

1. Though the word “motomete” is written in the lyrics, Jyou doesn’t actually sing anything after “mada.” In the translation, I’ve chosen to include the “motomete.” ⤴

2. The Japanese compound 喰い繫ぐ (kuitsunagu) means “eke out a living” or “make a poor living,” but the words it is composed of are “eat” and “connect,” so I thought it fitting to likewise use a food metaphor here. Also, the vampire has already stated that he is rich, so it’s unlikely that this line is about acquiring wealth, it’s about learning how to hunt humans to drink their blood. ⤴

3. I don’t know if I’m not understanding what miko wrote, or if there is a typo in her post. I’ve translated assuming the latter; I think that where it says 「今後の自分を楽しみにしたがら聴ける」, the したがら (“shitagara”) should be しながら (“shinagara”). Otherwise, the closest thing I could think of after consulting various dictionaries was that がら (“gara”) was 柄, used to mean “right” or “position,” to make the sentence mean something like “I can listen from the position of having looked forward to my future self”…but then it doesn’t make sense for the verb する to be in the past tense. So I’m 98% sure that it’s a typo. We all make them! ⤴ 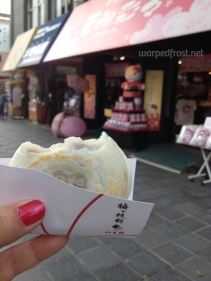 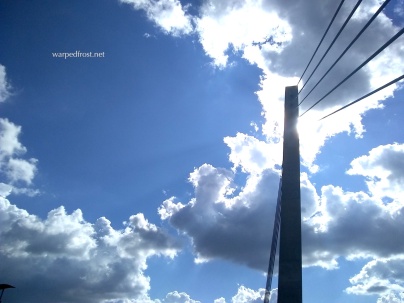 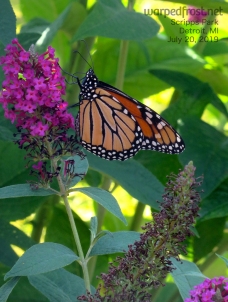 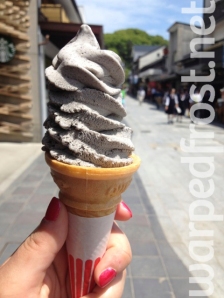 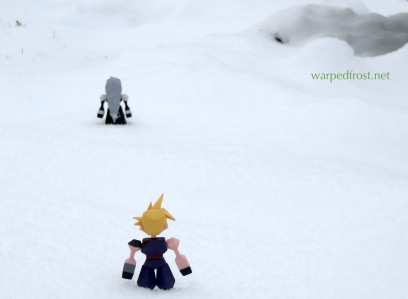