Below are the lyrics, romanization, and my English translation of this beautiful track from Vanguard – Of the Muses. At the very bottom is a translation of part of a miko blog entry where she talks about this song.

Note: Italicized words in brackets represent what’s actually sung for the word written in the lyrics that immediately precede them.

How many times have I looked to the heavens, just waiting anxiously for the time to come around?2

Relentlessly crashing waves, like the ceaseless waxing and waning

The moon wanes with a sharp cry; my soul starts to tremble4
If that was you, reaching out from beyond the darkness you’d disappeared into…

Where on this gently curved helix are you waiting for me with those soft, embracing eyes?5

Today, we played a song we hadn’t done in a while, the deeply contemplative “Lost in Helix.” It’s a ballad I love which we’d played live often, but since last year’s disaster [the March 11, 2011 earthquake & tsunami in northeastern Japan], it’s been sealed away, not played even once. Because after that disaster, I became unable to sing the words “taemanaku oshiyoseru nami” (Relentlessly crashing waves).

Some people might hear just this part of the lyrics and be frightened by them. But with this show coming right before March 11, I wanted to spread this message of hope to everyone. I don’t want to believe that we become Nothing when we die. There’s no proof that, after I die, through all time, I won’t ever have the chance to meet all of you again. And I don’t mean only the people affected by the disaster; I hope that anyone and everyone who has lost a loved one can keep moving forward without losing hope.

I played this song having thought on it for about a year, convinced that with my current expressive power, I would be able to properly convey the meaning of these lyrics. All of you listened to the song and understood its overall meaning. Thank you.

While playing, I was so overwhelmed by emotion, that even though I was happy, it was painful. Now that the seal has been broken, I want to play this song many times so that various people can hear it. Including people who aren’t VANGUARD members yet.

I will always believe in the power of music!

1. I think “Lost in Helix” doesn’t convey the meaning of the song at all to the average English speaker. Before reading the lyrics, I thought it would have something to do with DNA. The key to this “helix” is 輪廻 (rinne), the Japanese word for the Hindu & Buddhist concept of samsara, “the endless cycle of death and rebirth to which life in the material world is bound.” The lyrics also include 螺旋 (rasen), which is usually translated to “spiral.” This also points to the concept of transmigration. The average American English speaker probably doesn’t know what samsara is either, but I think that seeing that unfamiliar word would actually lead people down a better track than “helix,” a word we think we know the meaning of. ⤴

3. I heard of the bands This Mortal Coil and Lacuna Coil before I had to read Hamlet in high school. As such, for years I associated the word “coil” with “spiral” in a cosmic sense that matched the aesthetic of these bands, rather than with “commotion” as Shakespeare intended. Of course, the “spiral” miko intended is eternal, so I made it an “immortal coil.” ⤴

4. The written lyrics say 魂 (tamashii, “spirit” or “soul”) but the sung lyrics say 身体 (karada “body”). This switch is repeated in the very last line of the song. ⤴

2 thoughts on “exist†trace — Lost in Helix” 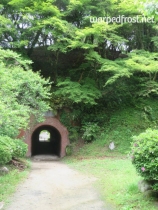 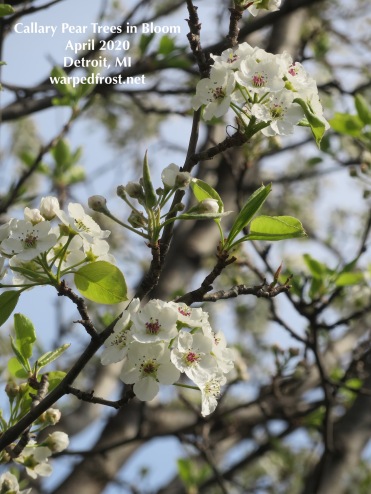