And please don’t excuse my language
’cause I would hate for you to misrepresent
the true expression
of my anguish
–Lupe Fiasco, “ITAL”

An interesting thing happened in Intro to Art Education today. We were talking about the domains of the Charlotte Danielson “Framework for Teaching,” and how even student-teachers would be evaluated on this model, despite the model’s inclusion of things which are beyond a student-teacher’s control. The professor pointed out “Demonstrating knowledge of students: special needs” as one such category, mentioning that many people training to be teachers and even those already working as such don’t have much experience with special needs students. I don’t remember exactly why, but the professor then added that parents can opt to have their special needs child in a regular classroom, but she said this as if there were something astonishing and incomprehensible about that. A student asked, out of genuine concern, how and why parents would ever do such a thing.

Several things ran through my mind as the conversation went down this road, foremost among them the fact that everything this professor and my classmates were saying went against pretty much everything that my other professor was currently teaching. The other class I have this term is Inclusive Teaching, and it’s about the benefits of educating all students in the same classroom rather than in supposedly “separate but equal” settings.

I also remembered how just a few minutes before, one of my classmates related the story of how much it had hurt her feelings as a first grader when the teacher put her and other students who weren’t reading as quickly as everyone else into a group together at a table at the back of the room. Yet now this student was speaking about special ed as if putting students who aren’t at grade level into separate classrooms was the most natural thing to do.

I thought about the special ed homeroom in my middle school. I knew they existed, but I didn’t even know where in the building they were. I hardly ever saw them. As I remember it, the homerooms of grades 1 through 8 were labeled “Section [Number from 1 to 12].” That left the special ed homeroom with the number 13. Between that and the fact that they remained hidden from regular school life, I remember feeling something like awkwardness and fear on the few occasions I did see them. They might as well have been monsters locked up in the basement.

Fast forward to tonight. I figured if I spoke up I could potentially prolong the tangent the class was already on, but I couldn’t hold it in any longer. So when the student asked how and why a parent would prefer a mainstream classroom to a special ed classroom, I raised my hand and shared some of what I’d been learning in Inclusive Teaching. I was perhaps a bit harsh when I said “If my other professor could hear you all right now she’d have a heart attack.” This put the professor on the defensive a little, I think, as she proceeded to talk about one special needs student she has who is just. so. wonderful. I really like this professor, but I couldn’t help thinking that was sort of the special needs equivalent of “I’m not racist/insensitive! I have plenty of Black friends!”

Another student, apparently also feeling the need to defend segregated education for children with special needs, told this story, and this is where the title of my post comes from. To paraphrase:

Classmate: When I was in high school, there was this boy named Jack [note: not his real name]. He was autistic but he was super super smart. His problem was social, he had a really bad temper. He hated it when people said something wrong as if it were right. So the other students would tease him, they’d go up to him and say, “Hey Jack, chickens have three legs” and stuff like that, and Jack would just lose it and start screaming “No they don’t!!” and start literally flipping tables, getting violent. You can’t have that in the classroom.
Me: So the other kids were being assholes and triggering Jack on purpose. Why not just teach kids not to be assholes?
At least two classmates, in unison: Because kids ARE assholes!
Me: Well yeah, but…

Honestly I don’t remember the exact flow of the conversation after that point. I just remember being flabbergasted by that response. They were basically saying that kids are assholes, that can’t be helped, so rather than teaching them not to be assholes, we should remove that which triggers their assholery, namely Jack.

I sat there, half paying attention to the conversation as it returned to the topic of Charlotte Danielson, half thinking about what I could possibly say to make them understand what was wrong with that scenario. Why does Jack have to pay the price for other students’ lack of basic human decency? And do we know whether or not Jack was aware that these kids were using him as a plaything for their own amusement? Because if he did, that would probably make him just as angry as the idea that chickens have three legs.

Ultimately the class ended, 15 minutes late because of the tangent, and I was left with the feeling “Somebody is WRONG in real life!”

Of course, I didn’t expect everyone to suddenly embrace the philosophy of inclusive teaching when it probably goes against everything they’ve ever seen in their own lives as students, and in the case of the professor, as an educator. But at least in the case of Jack, I wish they could see that what the other students were doing was unacceptable and preventable.

If there were a Black girl who wore her hair natural, and all her classmates, whether non-Black or Black with straightened hair, teased her every day about her natural hair, would we just go “Oh well, kids are assholes! *Kanye shrug*”?

It was probably inaccurate of me to say that the Inclusive Teaching professor would have a heart attack if she heard what was said in my Intro to Art Ed class. I’m sure she’s used to hearing those types of things, as they are said quite often. I assume it isn’t terribly pleasant though, no matter how many times she hears it.

Another thing that occurred to me while I was writing this was to go look for my 8th grade yearbook. I found that in it, Section 13 is labelled as Section 14. I can’t remember now if the section was officially always called 14 and the mainstream students called it 13 just to be mean (and because the last numbered mainstream homeroom was Section 12, so 13 is what followed), or if it was Section 13 when I got to the school in 6th grade but the school changed it by the time I graduated three years later. I’m also wondering now if Section 14’s homeroom really was in the basement. Wouldn’t that be messed up? 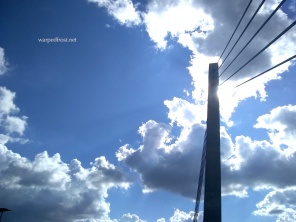 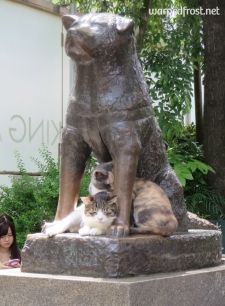 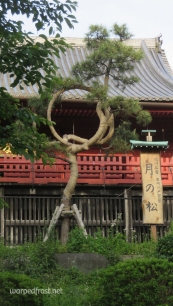